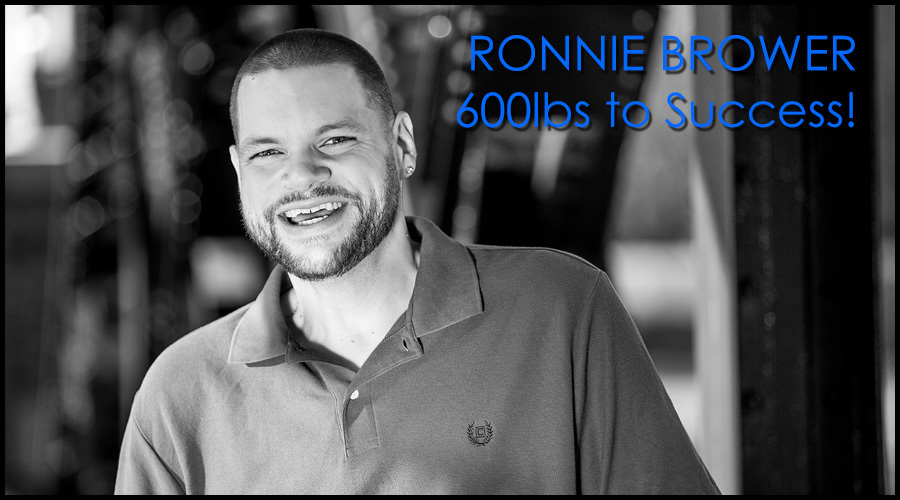 Almost four years ago, we had the pleasure of meeting a very special person, while shooting a wedding. We didn’t know it yet, but the chance meeting of a wedding guest, would earn us the privilege of watching him become an inspiration to so many, including us.

Over the course of the five and a half years we have been photographing weddings, we have encountered thousands and thousands of people, but Ron was not one we would soon forget. Not only was he the only guest to ever successfully photo-bomb a shot, but he was also one of the funniest guys to ever catch the garter. When we met Ron, he was already morbidly obese, but not yet at his highest weight of 675 pounds. It had already begun to impact his life in negative ways. His health was declining, he was relying on pain pills and alcohol to cope, and he was well on his way to being a shut-in. He could barely walk, and only for very short distances. He was unable to work, leave his home, or even enjoy a social life. 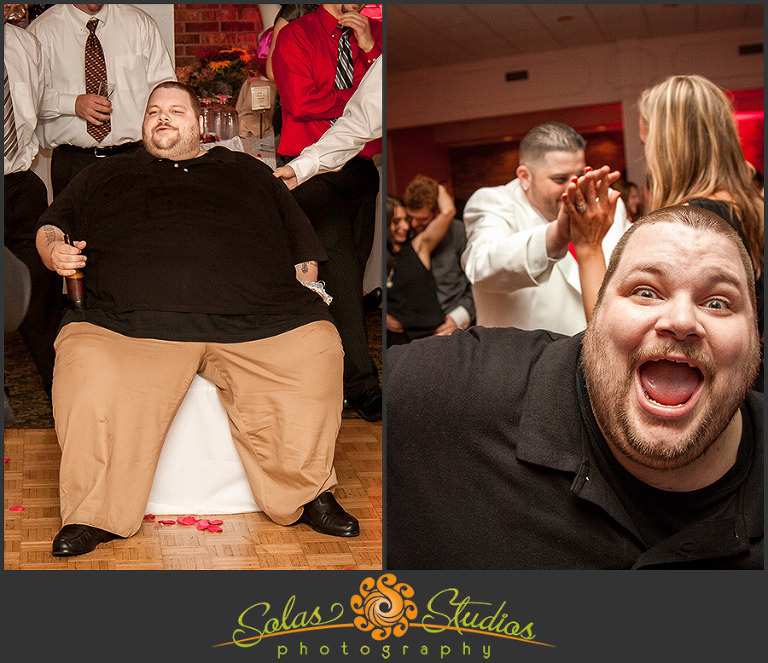 Almost two years ago, Ron faced the stark reality that he would likely die before his 30th birthday, if he didn’t make some major life changes. After a visit with his physician, those words hit home, and he knew he had to do something, if he wanted to live. Through a series of fortunate events, Ron connected with two local trainers, Nick Murphy and Jill Rupert of Mission Fitness, who helped him to turn his life around. Ron also happens to be good friends with someone Colleen used to work with. Through her, we were shared his Facebook page, where we have watched his progress from the very beginning. Ron has been posting photos and videos almost every day since he began working out at home, with the help of Nick and Jill. What started with seated arm exercises, led to finally being able to walk, and then climb stairs. With a lot of work, he was finally able to make it in to their gym, which he affectionately calls the “Arena”.

Through diet and exercise, and a whole hell of a lot of dedication, Ron has lost 415 pounds. Yes, you read that right. FOUR HUNDRED AND FIFTEEN POUNDS! We don’t know which is more of an accomplishment – dropping the weight of 2 grown men in less than two years, or doing it the hard way by putting in many hours of hard work, week after week. Since he began his journey, Ron has also cut out the self-medicating, and has given up on the pain-killers and alcohol. He has found his faith to be a huge contributing factor in staying focused on reaching his goal weight of 250 pounds. And he is damn close!

Along the way, Ron was lucky enough to meet another inspiration in Andrea. Andrea, too, is on a weight loss journey, and has shed 75 pounds of her own. Together, their combined weight loss,  doesn’t even add up to what Ron once weighed. We had the pleasure of meeting Andrea at Ron’s 30th birthday party, and watched how adorable these two are, and seeing them together is yet another inspiration! We recently had the honor of photographing them together on a gorgeous Spring day at Franklin Square Park, to celebrate their individual accomplishments, as well as their happiness. It was such a pleasure getting to see the light that they give off together! 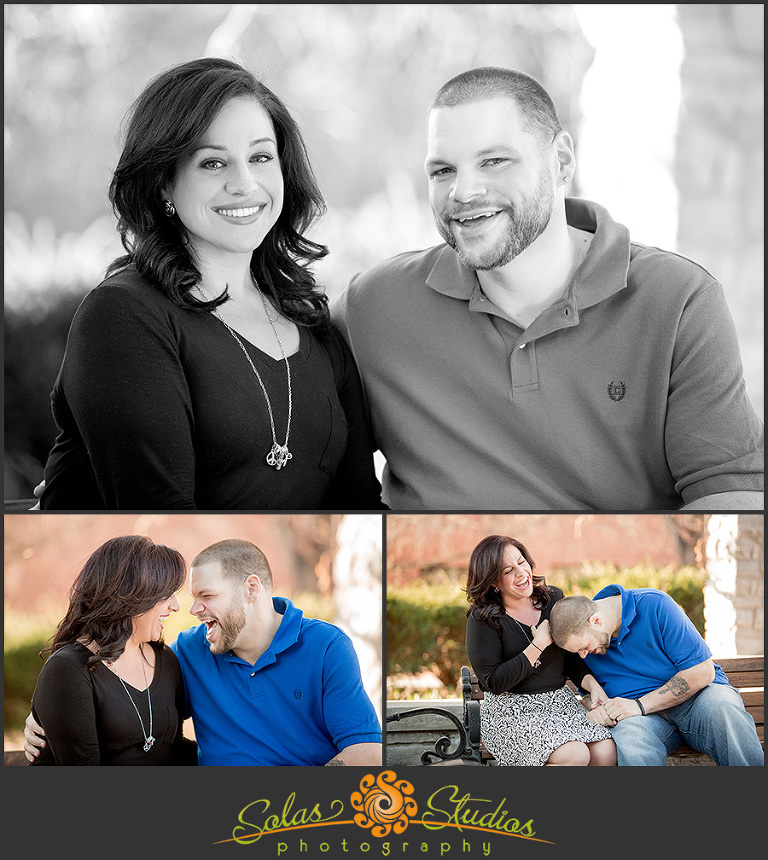 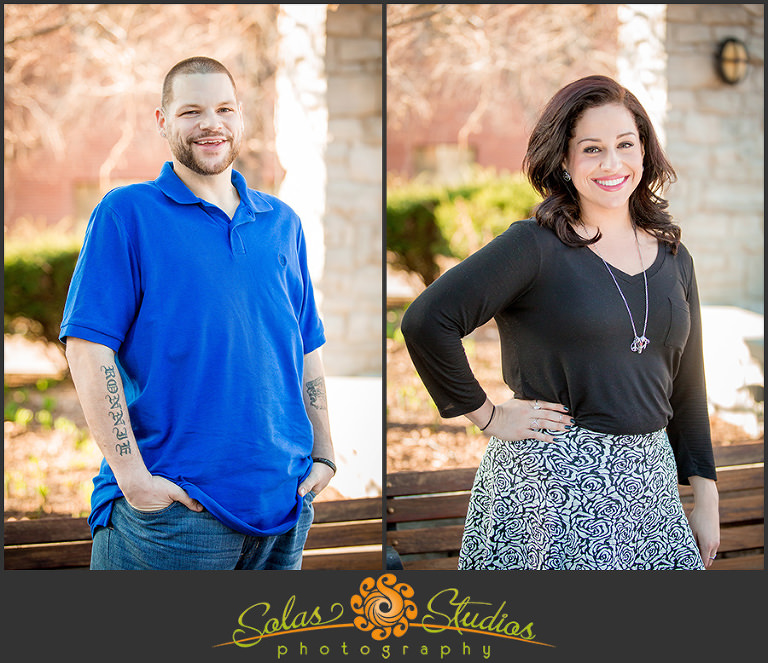 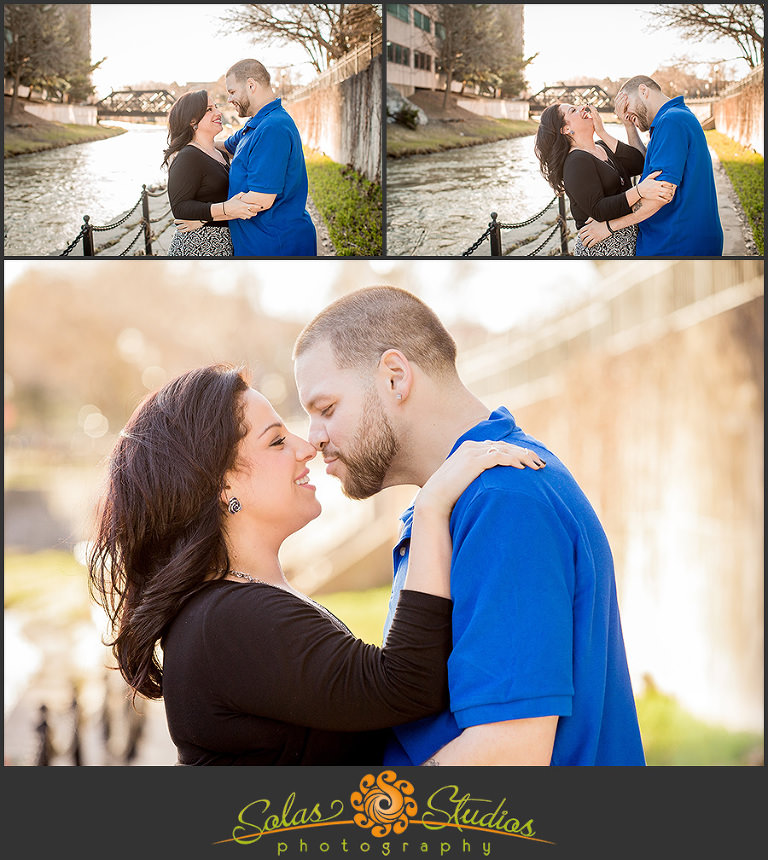 Over the course of the two years, Ron has gained thousands of followers who have served as one really large support system. People from all over the country have watched his progress, and continued not only to give him daily inspiration, but to thank him for inspiring them as well. His constant motivation and uplifting messages have served to inspire so many people, even those who are not on a weight loss journey. We are no exception to that, and have often admired his passion for getting healthy, and not letting anything keep him from his goal. We really feel that Ron is truly a one-of-a-kind individual, and that his story is one that should be shared. We have teamed up with Creative Magic Media, to help Ron spread the word about what he has done for himself, but more importantly for so many others. 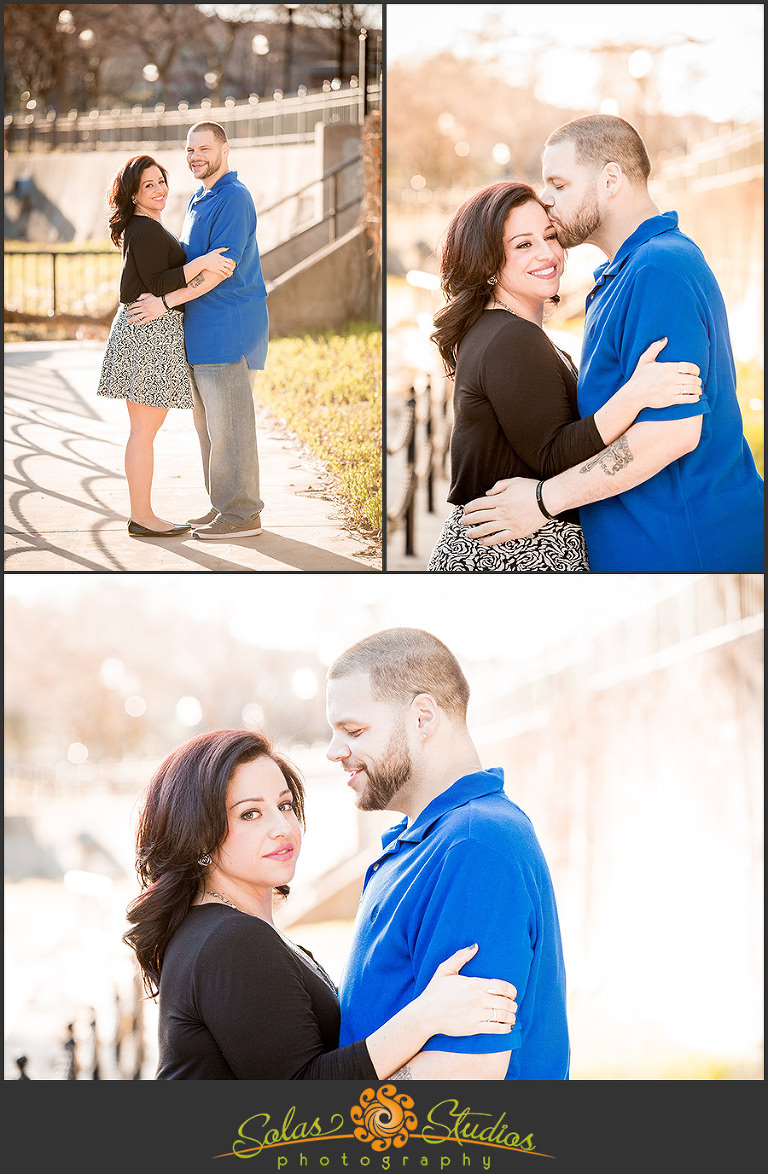 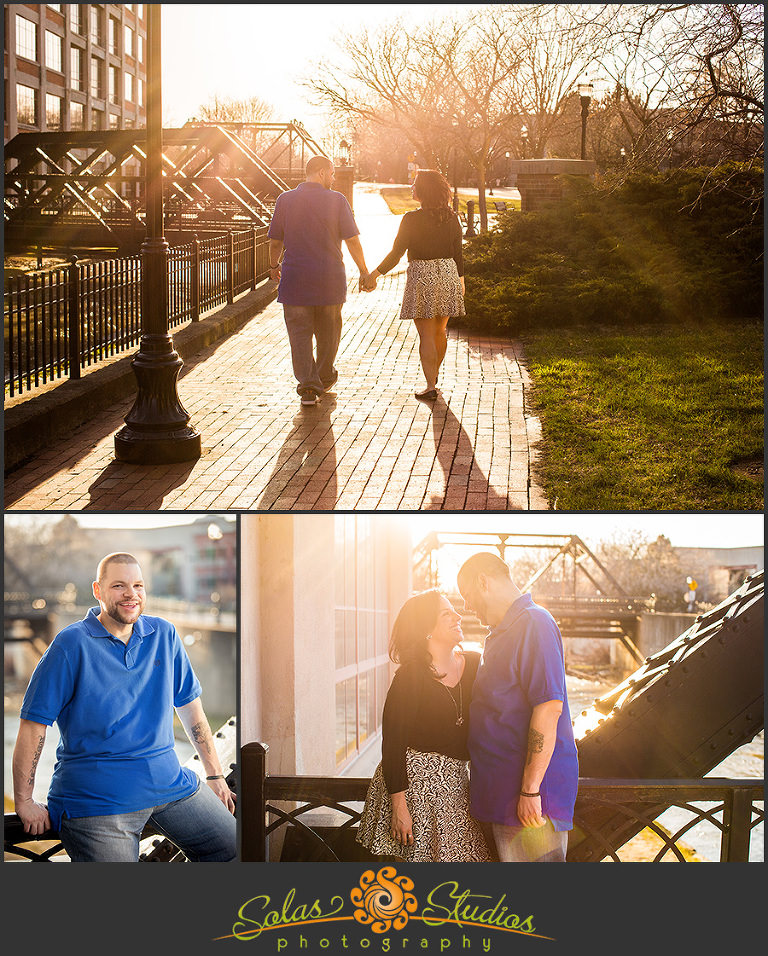 So where does Ron go from here? Ron has a few more pounds to shed before he reaches his goal. He also would like to eventually have skin removal surgery to rid himself of the more than 50 pounds of excess skin that is left from such a tremendous weight loss, in such a short time. Following that, he would like to continue to inspire others, and help those who are on weight loss journeys of their own, by becoming a Certified Personal Trainer. We’re quite confident that anything he sets out to do will become a reality! 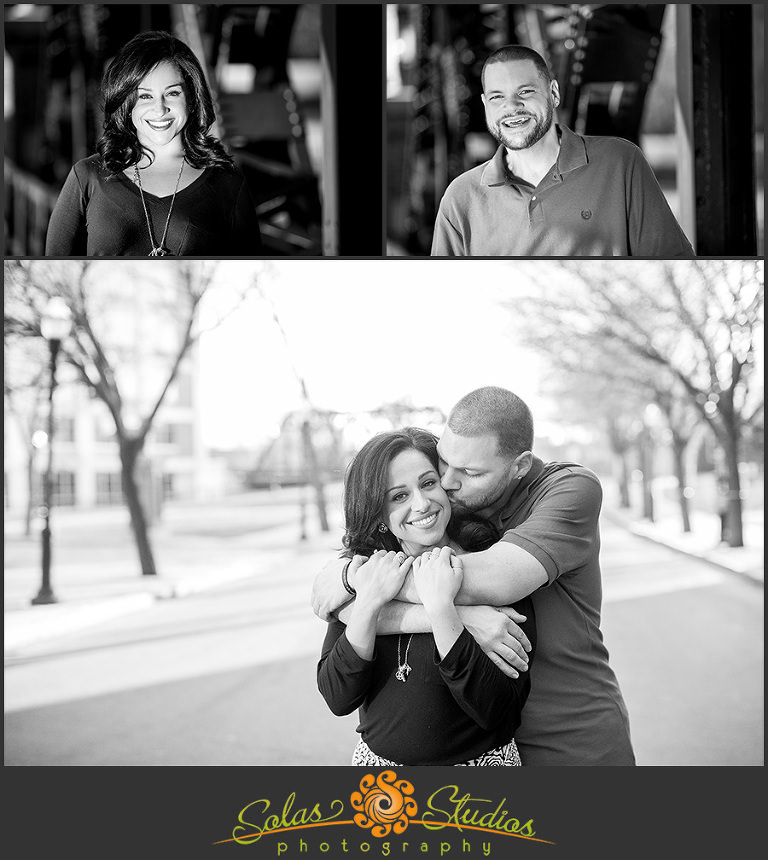 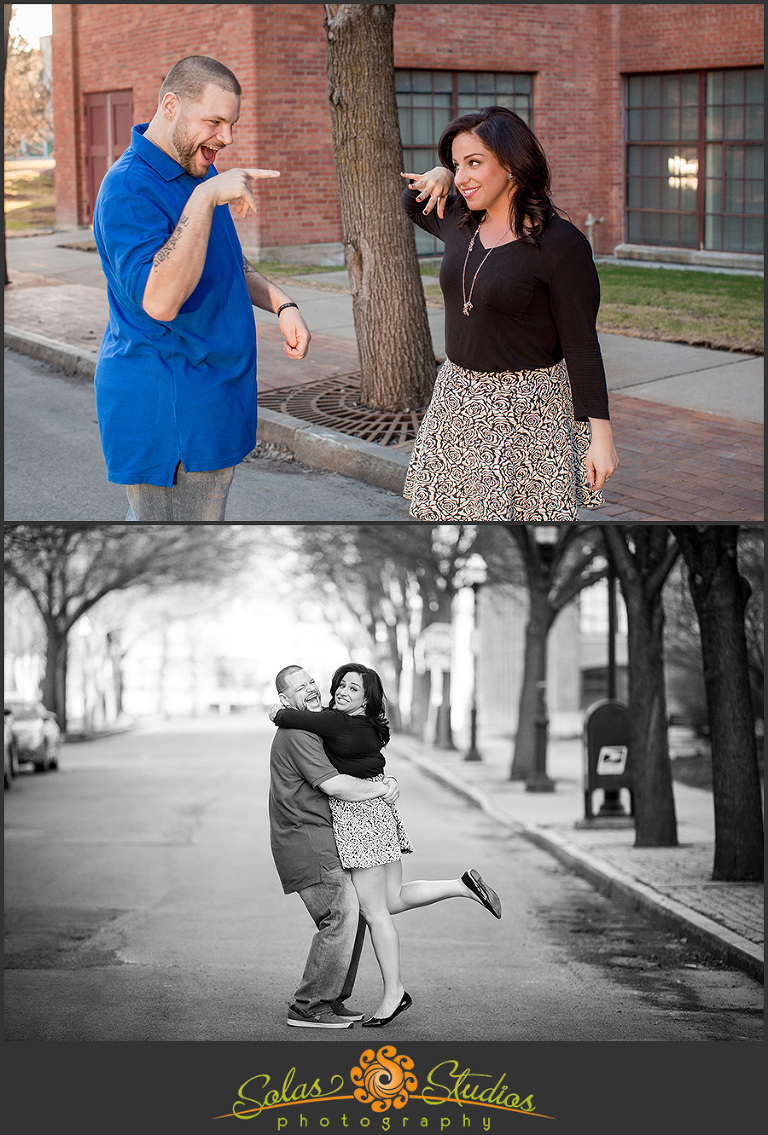 If you are looking for some help in starting a new life for yourself, and shedding some pounds of your own, we encourage you to reach out to the experts at Mission Fitness, and visit their web site for more information on how to begin. They have been a key part of Ronnie’s continued success. 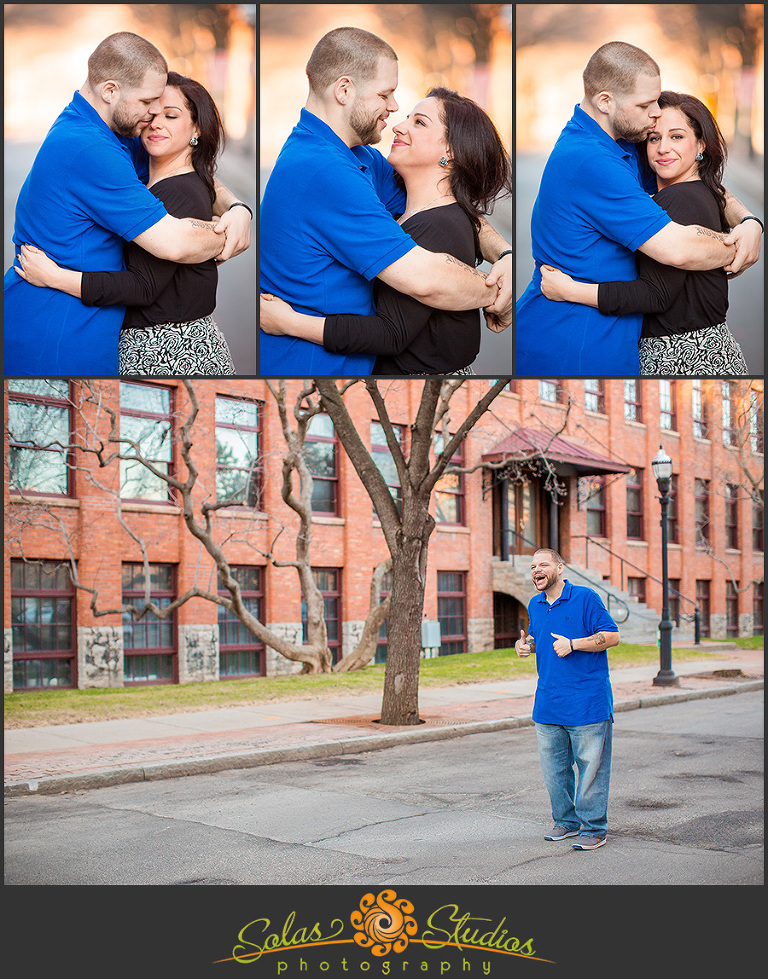 We have really enjoyed getting to know Ron, and his support team, and hearing the uplifting stories that others have shared about him and his dedication. In the coming weeks, we look forward to sharing even more about Ron and his amazing story. His personality, and positive attitude are unending, and we can’t wait for you to get to know him, too! We encourage you to follow his page, to learn more about Ron and to see his every day commitment, and follow our page and Creative Magic Media‘s page to be the first to see our project when it’s complete. 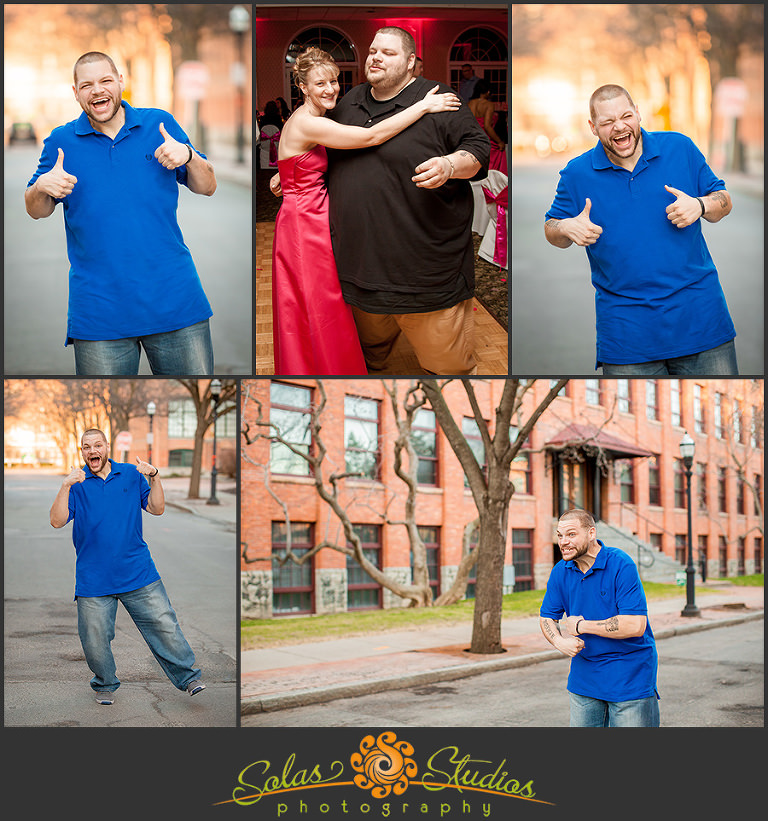 Thank you so much, Ron, for allowing us into your world, and for sharing so much of you and your life with us.
Meeting you, and watching you grow along the way has been such a joy and privilege. Your enthusiasm and devotion is unmatched, and we are so thankful to have gotten the chance to work with you!

Cute photos accompanied by such an inspirational journey. God bless and have a blast continuing your journey!

Aweee I don’t even know you but I feel like I do. This made me tear up because of joy. You can see so much life in you. Congratulations

Loved the pictures–and your story. (I especially like the one with my niece, Mandi)!

What a wonderful piece! Beautiful photos and sincere, inspiring words – and two lovely people who bring light to each other through their caring!

I have loved following Ronnie’s journey on Facebook! What a beautiful photo shoot and write up! Congratulations!

Ronnie u are amazing buddy

Have been following his journey for quite awhile. He is so inspiring! Would like to be a client of his someday!! He has worked so hard and his motivation is unbelievable! So happy for them for finding each other. Such a cute couple!!

Thank you all for taking the time to leave your compliments, and leave such beautiful messages for Ron and Andrea! We are so thankful for the chance to be able to share this with all of you!

Thank you everyone for all the wonderful support!

Wow ron, what an accomplishment! What you did is extremely admirable brotha! I wish you great health and every other accomplishment you are trying to reach!